Mr. Chairman and members of Subcommittee: It is a great privilege to appear before you today to testify on how to improve fairness in federal government contracting, especially for goods and services that are available on commercial markets. The government owes its citizens—and taxpayers—the highest possible value for the money they send to Washington, and there is no doubt that effective contracting for commercially available services can save money.

In pursuing this strategy, it is essential that the government keep in mind an important lesson. All large private companies rely heavily on buying goods and services, just as the federal government does. The federal government can benefit from the lessons taught by the best-run private companies. These companies know that good contracting can save them money. They also know that ensuring these savings requires strong and effective contract management, by acting as a smart buyer:

As the government seeks to increase its purchase of commercially available products, it needs to follow these steps carefully. To do otherwise risks increasing fraud, waste, abuse, and mismanagement.

1. Contracts for Commercial Products Are Becoming a More Important Part
of the Federal Government’s Strategy

The federal government has a long-standing policy, wherever possible, of purchasing commercially available goods and services. The practice has great potential for saving taxpayer dollars. In fact, the U.S. Government Accountability Office has found that leading private companies have been able to save between 4 and 15 percent in strategic sourcing of the services that they buy. Contracting out represents a large share of the federal government’s discretionary spending—nearly 2/5 of the all discretionary spending. Purchase of commercial items accounts for almost 1 of every 10 federal discretionary dollars.

In the last five years, total federal spending for contracts has declined, as a result of two intersecting forces: the tough sequestration targets in the federal budgetary process; and uncertainty about the amount of money available for contracts. The former has made less money available; the latter has made it harder to make longer-term contractual commitments in spending it. From Fiscal Year 2011 to 2015, total government spending on contracts has declined 18.6 percent, to $439 billion in FY2015 (37.6 percent of federal discretionary spending). Federal spending for commercially available products, however, fell much less: a decline of 3.6 percent, to $111 billion (9.5 percent of federal discretionary spending). Over this period, contracts for commercially available products increased as a share of federal contract spending, to 25.2 percent.

Contracts for commercial products are a large and important part of the federal government’s strategy. More stability in the federal budget process will likely lead to increases in such spending.

2. Inadequate Management of Contracts and Contractors Can Bring Big Risks

Reliance on contractors, however, is no panacea. Contracting out brings its own collection of potential problems, for private companies as well as government. Nearly 30 auto manufacturers have recalled their vehicles because of problems in airbags they purchased from Takata, one of their suppliers.

Waste, fraud, abuse, and mismanagement are not the province just of government. They are the product of organizations that fail to manage themselves—and their supply chain—well. Failures to manage contracts well have plagued federal programs as well. Consider the following:

My analysis of this list produces an important finding: half of the areas on the high-risk list suffer from problems of ineffective contract management.

On the other hand, over the high-risk list’s 25-year history, 24 areas have been taken off the list. Stronger contract management was essential for half of these cases.

Fraud, waste, and abuse are not government-only problems. The problems flow from the failure to follow the basic rules of buying smart: know what you want to buy, find a supplier who can provide high-quality goods and services, and check what you bought to ensure you got what you paid for. The federal government has demonstrated that good contract management can be effective in resolving some of the toughest problems it faces. Here’s an excellent example of where running the government more like the private sector—paying attention to contract management—is precisely the right step to follow.

4. An Effective Cost Comparison System Is Essential to the Contracting
Process

Most observers agree on two things. First, the government ought to contract out for goods and services, especially products that are commercially available, when they’re cheaper than the government’s cost of producing them. Second, there is no consensus on the methodology for making such comparisons.

The federal government ought to use the option that’s cheapest. We don’t have agreement on a methodology to determine a program’s cost. As a result, cost comparisons are often
inconsistent and, sometimes, are driven more by ideology than economic assessment.

OMB Circular A-76 creates the basic structure for addressing this problem, but at this point, there is no consistent methodology by which to make effective cost comparisons between public and private provision of government’s work. Among the key issues are:

The central argument for increased use of contractors to provide government’s goods and services rests on making cost comparisons. There is a strong need for a federal advisory committee to create a more-effective methodolgy for making these comparisons. For off-the-shelf products, the job is easier. Both the products and their prices are more transparent. In these cases, the key is in maximizing the government’s buying power.

5. New and Enhanced Strategies Can Improve the Effectiveness of Contracts

To work through these important issues, several challenges are especially important.

The federal government has always relied on contracts with private suppliers. It will undoubtedly continue to do so. It could benefit from expanding its partnerships with private
suppliers.

The key is strengthening its ability to be a smart buyer in the broader marketplace, to get the best deals for taxpayers and the best results for the country.

Thank you very much for the opportunity to appear before you today. I’d be happy to answer questions from the members of the subcommittee.

In Government Procurement, Buying Local Is Popular. But Is It Beneficial?

A Culture Shift for Government Shoppers 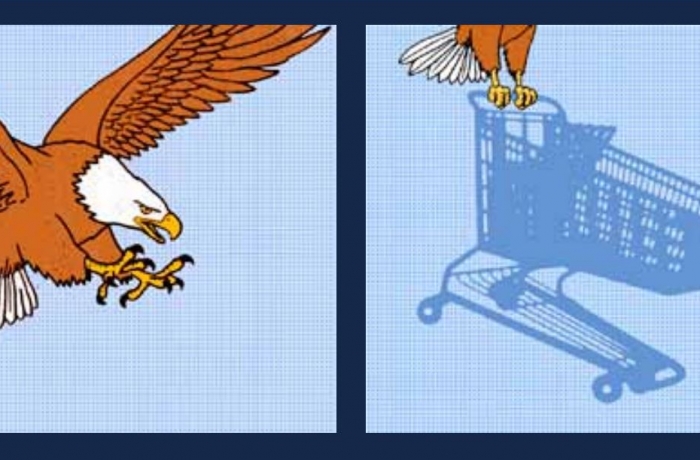