[This article was originally published in The Bond Buyer.]

With Connecticut’s rainy day fund on pace to reach a record $2.4 billion this year, according to the legislature’s Office of Fiscal Analysis, most states have finally rebuilt their emergency cash reserves following the steep losses they suffered in the last two recessions. Even New Jersey, one of the most fiscally challenged states, approved a $401 million rainy day fund deposit in the fiscal 2020 spending plan, the first such injection since the Surplus Revenue Fund was drained in 2009 to help balance the budget as the economy tanked.

The increased reserves are a hopeful sign for taxpayers and investors alike. Rainy day funds are vital tools to help states maintain fiscal flexibility and limit painful spending cuts or tax increases when recessions or natural disasters pressure budgets. As the U.S. economy has notched its longest economic recovery since 1858, state rainy day fund balances have climbed to $68.2 billion as of fiscal 2019, National Association of State Budget Officers data show. Along with boosting deposits, many states have also used the rebound as an opportunity to strengthen rainy day fund rules to ensure that deposits and withdrawals are more tightly regulated and to take the increasing volatility of their tax revenues into account.

Indeed, states’ growing reliance on income taxes, especially on capital gains that can fluctuate with the stock market’s gyrations, has contributed heavily to revenue volatility. The Urban Institute has estimated that the share of state revenue generated by personal income taxes rose to 36% in 2014 from 25% in 1977, while the contribution from less volatile sales taxes fell five percentage points in the period, to 47%.

“States that fail to maintain adequate reserves may face credit rating downgrades and the uncertainty of implementing fiscal policies with little or no cushion for emergencies,” according to a new Volcker Alliance working paper, “Rainy Day Fund Strategies: A Call to Action,” coauthored by Alliance special project consultants Katherine Barrett and Richard Greene. However, “reserving a portion of volatile revenues, such as those from severance or capital gains taxes, helps governments avoid creating unsustainable budgets and provides savings for leaner years.”

Among states following this rule is California, where voters in 2014 passed a constitutional amendment that increases budgetary savings and links them to volatility.

Known as Proposition 2, the amendment requires annual deposits into the state Budget Stabilization Account of 1.5% of general fund revenues plus any capital gains tax proceeds that exceed 8% of general fund revenues. “Right now, California has $19.5 billion in total budget reserves—that’s the highest they’ve ever been,” state Legislative Analyst Gabriel Petek told attendees at a recent fiscal conference held by the Volcker Alliance and the Federal Reserve Bank of Atlanta.

Connecticut has also taken steps to factor volatility into reserve balances after policymakers realized that revenues were fluctuating dramatically because of the state’s dependence on capital gains taxes paid by hedge fund managers and others in the financial services industry. A progressive income tax for individuals, with rates of 3% to 6.99%, only exacerbated the volatility. In response, legislators in 2017 limited the amount of personal income tax collections that could be used to balance the budget to an exact sum, which increases over time. The cap was set at $3.1 billion for 2019 and $3.3 billion for 2020. Any amount above this so-called volatility cap is automatically transferred to the state’s Budget Reserve Fund. To reassure municipal bond investors, Connecticut also passed a so-called bond lock requiring that as long as any general obligation debt issued from May 15, 2018, to June 30, 2020, was outstanding, the state must comply with the volatility cap for stocking the reserve fund.

Some states that don’t formally tie rainy day fund reserves to revenue volatility have nonetheless taken steps to boost savings. During the Great Recession and its immediate aftermath, Georgia, for example, depleted its Revenue Shortfall Reserve in over two years. That prompted Senate Appropriations Committee Chairman Jack Hill to push through legislation, enacted in 2010, to raise the fund’s target balance to 15% of general fund revenues from of 10%. The fund now holds $2.5 billion, or about 11% of general fund revenues, and it is still growing.

When deciding to strengthen rainy day funds, state officials must make “real political tradeoffs,” Petek said. “It’s not always easy for policymakers to think further ahead down the road to when the next rainy day might occur. And we don’t really know what the size of the next deficit will be in a downturn.”

But for states, the political and economic consequences of maintaining inadequate reserves—or no reserves at all—may be even greater. Now is the time for states to boost their budgetary savings and improve rainy day fund rules rather than wait until the economy’s record run falters. 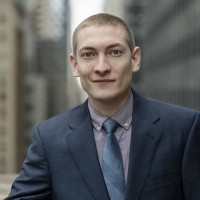 Noah joined the Volcker Alliance as it was being launched in 2013 and has played various roles in the organization’s initial establishment and subsequent expansion. Responsible for establishing and managing the offices, systems, databases and IT infrastructure of the Volcker Alliance, Mr. Winn-Ritzenberg also served in an advisory capacity on various strategic, operational, communications, and programmatic initiatives throughout the early years of the Volcker Alliance.
Read more