Join a conversation on April 7 at 12:30 p.m. PDT/3:30 p.m. EDT hosted by the Volcker Alliance in partnership with the Atlanta Film Festival and the new documentary CARTERLAND. The film examines the tragic yet inspiring story of America's most misunderstood president, Jimmy Carter, and explores how Carter’s selfless leadership and moral integrity ultimately cost him the presidency.

Event attendees will have an opportunity to watch a preview of the film, which includes one of the last recorded interviews with Volcker Alliance founder Paul A. Volcker. The documentary will premiere on April 24 at the Atlanta Film Festival.

This event is FREE for all who wish to attend! 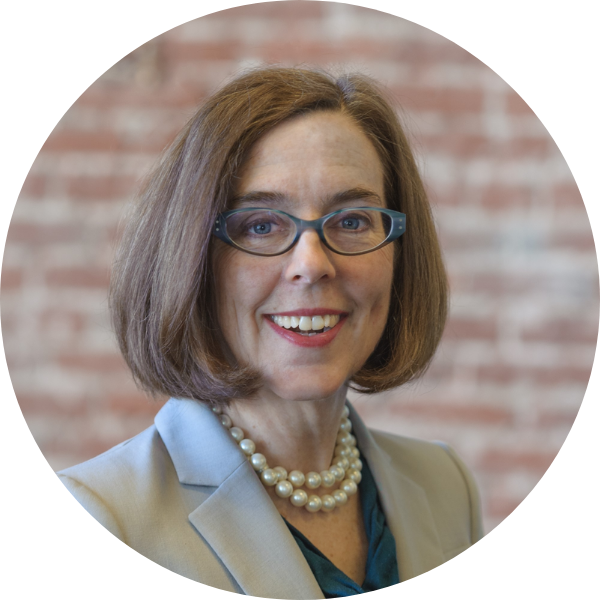 Kate Brown is Oregon’s 38th Governor, with nearly 30 years of experience advocating for working families and ensuring that every voice is heard in our democracy. As Governor, she dramatically expanded access to the ballot box with the nation’s first automatic voter registration program, made historic investments in education, transportation, and affordable housing, and expanded the Oregon Health Plan to ensure that 94 percent of adults and all Oregon children have access to the quality health care they deserve.

As the state grapples with the COVID-19 pandemic, Governor Brown is striving to protect the health and safety of all Oregonians, and build a safe and strong Oregon that works for everyone. And, as our nation grapples with the impacts of systemic racism, Governor Brown is committed to centering racial justice in a new vision for community safety, in the state budget and in her administration’s agenda.

Governor Brown came to Oregon to attend Lewis and Clark’s Northwestern School of Law, where she received her law degree and Certificate in Environmental Law. With her husband Dan, Brown raised Dan’s son and daughter in SE Portland. When Governor Brown is not busy at the Capitol in Salem, you will find her out playing out in nature with her dog, Jory. 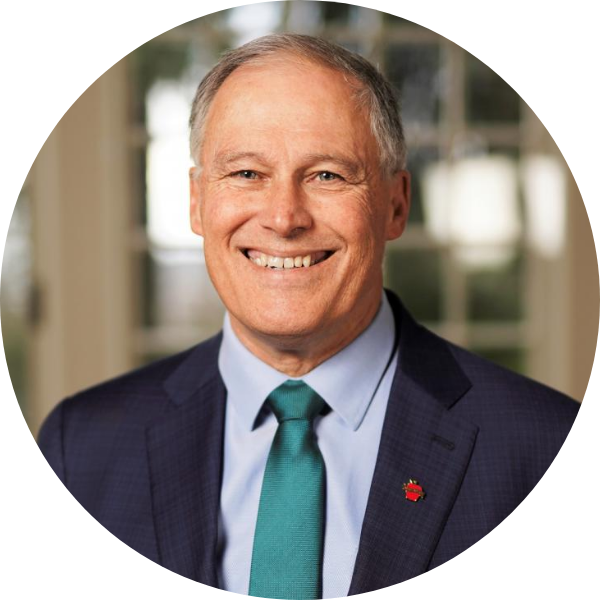 Jay Inslee is the governor of Washington State. He first became involved in public service in 1985 when he and his wife Trudi helped lead the effort to build a new public high school in Selah. Motivated to fight against proposed funding cuts for rural schools, Inslee went on to represent the area in the state House of Representatives. He continued serving communities in the Yakima Valley when he was elected to Congress in 1992. The Inslees later moved back to the Puget Sound area where Governor Inslee was elected to Congress in 1998, serving until 2012 when he was elected governor. He was re-elected in 2016, and for a historic third term in 2020.

During his time in Congress, Inslee became known as a forward-thinking leader, especially on issues of clean energy and the environment. He co-wrote a book, "Apollo's Fire: Igniting America's Clean-Energy Economy," about a national program to fight climate change through clean energy innovation and job-creation. As governor, Inslee's top priority is growing Washington's innovative industries such as clean energy, information technology and life sciences, and strengthening existing industries such as aerospace, agriculture, maritime and the military. 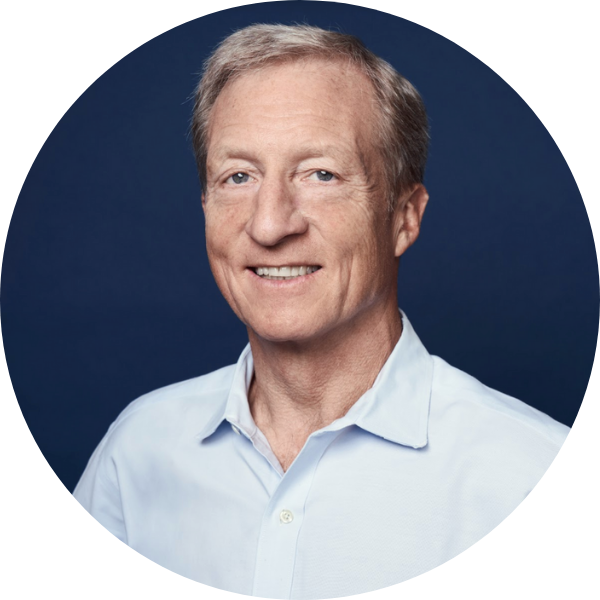 Tom Steyer left his successful investing business to give his own money, time, and energy to fighting for progressive causes. He soon became one of the country’s leading forces in registering more young voters and voters of color, fighting climate change, working for racial justice, and helping secure better lives for all Americans. From founding voter mobilization organization NextGen America, to spearheading impeachment with Need to Impeach, Tom has led a number of people-first, grassroots campaigns that have repeatedly defeated powerful special interests. Tom has mobilized grassroots efforts to beat big oil to win clean air laws, force big tobacco to pay its share of healthcare costs, and close a billion-dollar corporate tax loophole to fund public schools. Most recently, Tom was a former Democratic presidential candidate and in 2020 served as co-chair for Governor Newsom's Business and Jobs Recovery Task Force. He Co-chaired Vice President Biden's Climate Engagement Advisory Council to help mobilize climate voters. He will continue his work to make sure Americans reap the benefits of climate action in a just and equitable way. 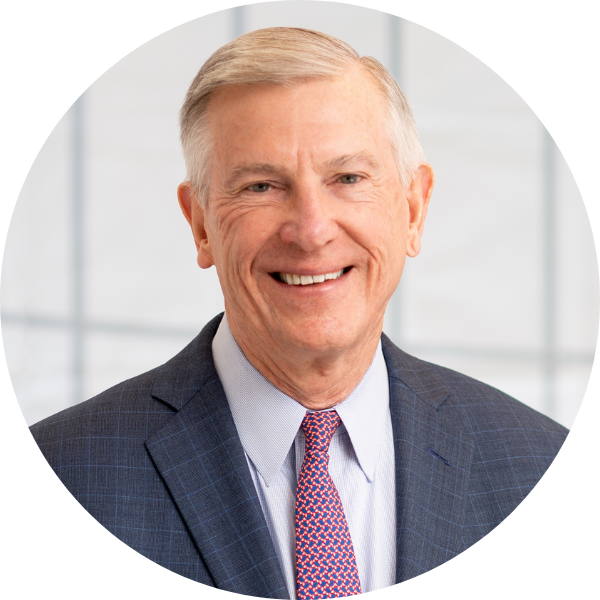 Thomas W. Ross has served as president of the Volcker Alliance since July 1, 2016. He remains president emeritus of the 17-campus University of North Carolina and serves as the Sanford Distinguished Fellow in Public Policy at the Duke University Sanford School of Public Policy. Previously, Ross served as president of Davidson College, executive director of the Z. Smith Reynolds Foundation, director of the North Carolina Administrative Office of the Courts, a Superior Court judge, chief of staff to a US Congressman, a member of a Greensboro, NC law firm, and as an assistant professor at UNC-Chapel Hill’s School of Government. Ross holds a bachelor’s degree in political science from Davidson College and graduated with honors from the UNC-Chapel Hill School of Law.