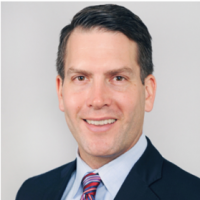 Brett Hunt joined the Volcker Alliance in September 2021 as the director of the Next Generation Service Initiatives.

In this role, Mr. Hunt oversees the Volcker Alliance’s Next Generation Service Corps initiative, working directly with a growing network of universities around the country to create innovative programs that prepare college students for careers in public service. Prior to joining the Alliance, Mr. Hunt was the founding executive director of the nation’s first Public Service Academy at Arizona State University.

Mr. Hunt has over eighteen years of leadership experience in the public and private sectors. He began his career as a captain in the US Army, including deployments to Iraq and Kuwait and service in Korea. He served as a foreign service officer at the Department of State, where he was a vice consul in the US Consulate General in Guadalajara, Mexico. In the private sector, Mr. Hunt worked as a consultant on immigration and agriculture issues, as well as on state and federal Department of Defense clean energy programs. He also worked as a manager in the fresh produce industry.

Passionate about veterans’ issues, Mr. Hunt advocates for veterans at the local, state, and federal levels; he is a facilitator for the Treks 4 Vets program, a wilderness therapy program, serves on US Senator Mark Kelly’s Veterans Advisory Committee, and founded the Veterans Scholar Program at Arizona State University to support student veterans. He also serves on the Arizona Advisory Board for the US Global Leadership Coalition and is a member of the Phoenix Council on Foreign Relations. Mr. Hunt is active in his community, serving as a youth sports coach and Parent Teacher Association co-president.

Mr. Hunt holds degrees from the University of Colorado at Boulder and the Thunderbird School of Global Management.