The recent shuttering of Governing, the thoughtful, glossy magazine of US federal, state and local government, is a serious loss to the US public sector at the very time in which its high-minded, forward-looking approach to issues is needed most.

Is its demise a metaphor for US governments of all levels related to their unresolved and lingering challenges?

The magazine and newspaper business is a tough one in the Age of the Internet and Governing is not the first nor the last to disappear in this era of evolving information delivery.

But still, when 38% of US GDP is attributable to public spending—21% at the federal level and the balance for state and local government—one might think a quality publication like Governing has a place on readers’ shelves.

And, as we glimpse ahead to the inevitable cycle of the US economy and its anticipated downturn, our record of progress on the legacy challenges of state and local government after a long period of recovery is underwhelming:

It is in this context that I read the recently released Fiscal Health of California Cities by its State Auditor. It is precisely the kind of benchmarking that is required to identify and highlight challenged municipal financial circumstances.

Each of the 50 states should pursue a comparable analysis for their respective cities. And, as I write this Notes and learn of the State of Texas assuming management responsibility of its largest school district, that effort should include benchmarking for other political subdivisions as well.

The usefulness of benchmarking of government financial performance can be seen in the work of the Volcker Alliance. It has a substantial success story and a history of smart, compelling reports. Created by Paul Volcker, the storied former Fed Chair, during the depths of the Great Recession, its mission is to “advance effective management of government to achieve results that matter to citizens.” MMA has worked closely with the Volcker Alliance team on its Truth and Integrity in State Budgeting report, an annual cataloging of each state’s reliance on one-time solutions and worse in balancing their budgets.

All of the Alliance’s reports through the years have covered a range of topics such as the status of rainy day funds, budget transparency, and the size of government. State governments are evaluated and benchmarked pursuant to various factors by a team of professors and students from a given university.

Its latest report, with a release date of November 20, analyzes state capital budgeting with a focus on the disclosure of unfunded infrastructure demands. Entitled America’s Trillion-Dollar Repair Bill, it connects the states’ respective budget processes to the need for a proper summary of the status of essential infrastructure maintenance.

I look forward to reviewing the report’s observations and its 10 point plan for improving current practices. As the title suggests, it is important piece of research for both accurate accounting practice and to highlight the substantial needs of American infrastructure state-by-state.

The Volcker Alliance’s good work creates high quality visibility of the financial practices for our 50 states that through the years have been called “the laboratories of US democracy”.

Which is all the more important now that Governing has published its last issue bringing me to a closing observation.

These big issues are important and require more time of all industry participants to address. The grind of processing thousands of individual bond issues in a given year is demanding for all professionals including those of the issuers and their various bankers and lawyers. That focus is to be respected but not at the cost of a thoughtful examination of the consequences of critical issues as pension underfunding or climate change.

Not to do so, risks the well-being of a financial market that has served this country well. 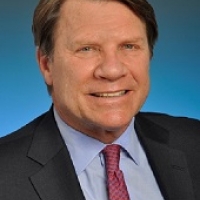 Mr. Hamel joined Municipal Market Analytics, Inc. (MMA) in 2019 as its first Senior Fellow.  In this role, he contributes to MMA’s publications to provide insight and vision to the challenges facing municipal infrastructure needs and their financings.  In addition, Mr. Hamel interfaces with industry leaders and associations, elected officials and regulators to advance executable ideas as solutions to US infrastructure requirements.