Concern over leveraged loans is raising fears that they could pose a new threat to the economy as did subprime mortgages a decade ago. For the uninitiated, leveraged loans are loans made to businesses with lower credit ratings and typically carrying high levels of debt. Think of them as the corporate equivalent of “subprime” consumer loans.

To be sure, there are many similarities between them and the subprime mortgages that precipitated the financial crisis of 2008 and 2009. But there are key differences as well that should make it easier to respond to distress in this market — if regulators take action now to prepare.

Parallels between leveraged loans and subprime

It’s not surprising that people are drawing parallels. The leveraged loan market is just shy of $1.3 trillion, the size of the subprime market at its peak. As did subprime, it has experienced rapid growth and even more rapid deterioration in underwriting standards, with the most highly leveraged companies accounting for a growing share of the market. Also like subprime, it relies on an “originate to distribute” model meaning the lender originating the loan does not retain major risk if the borrower defaults, but rather passes that risk on to investors, frequently by pooling them and selling securities backed by their cash flows in a “collateralized loan obligation (CLO).”

Like subprime, which catalyzed distress in the broader mortgage market, leveraged loans could also precipitate problems in the broader corporate debt market. Non-financial corporate debt as a percentage of GDP is at an all-time high. A record number of companies are rated just above junk and thus are exposed to system-wide downgrades to sub-investment grade status if the ratings agencies get spooked by a high profile default.

And the risk of that happening is not inconsequential. Leveraged borrowers are not obscure companies but include such household names as American Airlines (AAL), Hilton Hotels (HLT), and Burger King (QSR), according to the trade association that represents leveraged loan lenders.

There are key differences, too

But leveraged loans would be easier to tackle than subprime lending for a few different reasons. For one thing, we would be dealing with a smaller group of borrowers than the millions of residential mortgages we were grappling with in 2008.

And we would know who owns the loans. Peter Van Gelderen, Managing Director and Co-Head of Structured Credit at Guggenheim, tells me that CLO managers have clear records of investor ownership, in contrast to subprime mortgages that had been repackaged and resold to investors so many times it was frequently impossible to identify the owners. This matters because frequently investor consent is required to restructure loans and provide relief to distressed borrowers. Investors are not always interested, and consent must be negotiated. Fortunately, unlike residential mortgages, leveraged loan debt is dischargeable in bankruptcy, which should incentivize all sides to reach agreement on restructuring the debt and avoid expensive liquidations.

Another important difference between leveraged loans and subprime mortgages is the lack of a multitrillion-dollar synthetic market sitting on top of it. The financial system probably could have absorbed the hundreds of billions of underlying losses on subprime mortgages. The bigger problem was the outsize exposure many systemic institutions had to the synthetic collateralized debt obligation (CDO) market which had basically morphed into a huge casino offering a way to bet on whether subprime homeowners would pay their mortgages. Such a market does not exist atop leveraged loans — at least not yet — though all the adverse publicity will certainly stimulate demand on Wall Street for speculative financial instruments that will make money if leveraged companies start defaulting.

A replay of 2008 is not invevitable

In sum, important differences between these two markets suggest that the inevitable distress that will occur among highly leveraged companies need not lead to a replay of 2008. But regulators need to do more than hand-wringing to stop major damage to the real economy. Here is my list of what they should be doing now:

Leveraged borrowers employ over 7 million Americans. Many are providing essential goods and services to American households and businesses. Cascading bankruptcies in this sector could have a devastating and immediate impact on the real economy. But it’s not too late to do something about it. There are positive steps regulators and banks can take now if they have the will and courage to act.

Sheila Bair is the former Chair of the FDIC and has held senior appointments in both Republican and Democrat Administrations. She currently serves as a board member or advisor to a several companies and is a founding board member of the Volcker Alliance, a nonprofit established to rebuild trust in government. 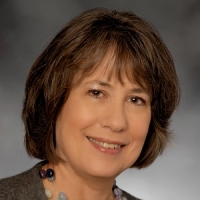 Sheila Bair has had a long and distinguished career in government, academia, and finance and is perhaps best known as chair of the FDIC from 2006 to 2011. She currently serves as a board member or advisor to a several companies and is a founding board member of the Volcker Alliance.
Read more
Learn More
Topics
Financial Regulation