The Costs of Shutdown: Beyond the Balance Sheet

Throughout the short-lived shutdown of 2018 (which will, as of this writing, hopefully be concluding shortly), we have been treated to a fun parade of articles and commentary tallying up the implications of shutting down the government. The quantifiable costs are appropriately worrying, and should not be ignored. But they don’t tell the whole story of what we pay for flipping the federal government’s lights on and off.

First, let’s look at the numbers blaring across cable news this week. There are the direct costs that show up immediately and will be felt as long as the shutdown persists.

Further, there are also less immediately felt economic costs that follow in the months after a shutdown ends.

It’s appealing to try to quantify the costs of a shutdown in terms of dollars (mis)spent or workers furloughed. But the affairs of a nation are more than just variables in an economic model, and the United States is more than just the sum of its financial transactions. Impacts of public attitudes and public service professionals should be equally concerning.

It’s become cliché to note that Americans’ trust in government is near all-time lows. Shutdowns worsen this trend, of course, but they also distribute public animus from political actors outward to all other governmental undertakings. This diminishes Americans’ faith in what their government currently does, leading to a devaluing of government’s essential role in all our lives. They also place artificial limits on government’s capacity to meet the challenges of the future and bend them into opportunities, which is hardly a strong foundation as we look to the decades ahead.

Further, the trivializing and destabilizing of the work of government exacerbated by shutdowns has consequences for ensuring that federal service is an appealing and fulfilling career for the nation’s brightest. Don’t get me wrong: I think that it objectively is, but perceptions matter as we manage the demographic transition in the federal civil service. If a career as a fed is not even on the radar of many young Americans, then we will all pay the price.

The Volcker Alliance is currently completing a study of the skills and competencies needed of public servants (forthcoming later this spring; read more here). Through focus groups and surveys of more than 1000 young government leaders across the country, we generated great insights from folks in the trenches. We were inspired by the capacity and commitment to service of the rising generation, but we were alarmed as many recounted the departure of highly qualified colleagues and wondered aloud how long they could last.

Regularized government shutdowns are not the sole contributor to declining regard for public service, but they do contribute to a larger trend of disparaging public enterprise that, I fear, is damaging the fabric of our nation in ways that may not be perceptible until they are extremely dire. That’s one more thing to keep in mind in the government funding fights ahead. 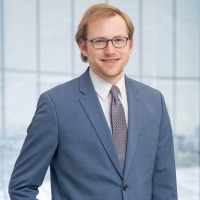 Peter Morrissey has worked for the Volcker Alliance since its founding in 2013, supporting its launch and the development of its organizational strategy and core programmatic work. He currently provides project management and execution for the Alliance’s public service portfolio, including the Government-to-University Initiative (G2U) and other efforts to strengthen the cultivation of the next generation of public servants.
Read more
Learn More
Topics
Government Services

Doing the People’s Business in a Pandemic

The pandemic has shed light on the aspects of government upon which we desperately depend. The procurement space is no exception.