Expiration Dates in Government: How to Know When to Ditch a Regulation

This article was originally published on July 18, 2018 by Governing.

Arizona Gov. Doug Ducey, who’s been in office since 2015, has spent most of his career in the private sector. It was there that he began to recognize that many of the government regulations with which he and his businesses were forced to comply were unnecessary, counterproductive and did nothing to protect public health or safety. So the very first thing he did when he entered the statehouse was to lay down a moratorium.

Ducey forbade adding any new regulations to the 11,000 already on the state books. It wasn’t a passing phase. The governor renewed the moratorium order in February. “The question I wanted to ask,” he says, “was how did they get on the books in the first place? This past year, we were able to eliminate 676 regulations, resulting in $48 million in savings to the economy.”

The general assumption is that regulatory reform is a Republican effort to bolster the economy by saving money for the private sector. But that’s misleading. Regulatory review can be an important management tool that helps government run more efficiently and creates an environment that is more conducive to business -- without offering up a slew of tax giveaways. “We didn’t want to cut willy-nilly,” Ducey says. “We gave respect to the idea that they were on the books for some reason.”

Democratic governors like Colorado’s John Hickenlooper, Rhode Island’s Gina Raimondo and Pennsylvania’s Tom Wolf talked about this kind of regulation review in their annual State of the State addresses.

As Wolf said in his, “We’ve cut red tape that made it harder to build a small business and streamlined the services we offer.” Though there isn’t any good national data about trend lines in state and local regulatory reform, James Broughel, research fellow at the Mercatus Center at George Mason University, tells us that “there seems to be a lot of attention on it right now. Anecdotally, I would say there’s more attention than there has been in the past.”

Over the last year or so, a number of governors have offered up executive orders that were intended to reduce or rationalize regulations. Maryland’s governor took steps to reduce the complexities of the regulations necessary for workers to qualify for legally guaranteed paid leave. Early last year, a Missouri executive order called on state agencies to suspend all rulemaking for a while and to review every regulation published within the Code of State Regulations. Similarly, in April of last year a South Carolina executive order mandated a review of cabinet agency regulations. New Hampshire Gov. Chris Sununu created the Steering Committee for Regulatory Reform, which included an order for agencies to repeal -- and not readopt -- obsolete regulations.

One of the most obvious areas in which good managers will take steps to cut regulations is when there is duplication. Ohio state Sen. Rob McColley, who is pushing for legislation to reduce regulation, points to one such case: “When we’re dealing with clean water near Lake Erie, farmers have separate requirements for the state’s Environmental Protection Agency and for the Department of Agriculture. There are two agencies with which they have to comply to accomplish the same thing.” Not only is this onerous for business but also implementing the same regulation twice is inefficient for the state.

One thing the men and women who carry the regulation shears must avoid is being pressured by businesses to eliminate rules that do a great deal of public good. Generally speaking, the regulations that are considered to be worthwhile are those that are effective in protecting public safety or public health.

The kind of analysis to figure that out typically falls in the cost-benefit realm. A rough rule of thumb for cost-benefit is that if a regulation costs more in time and money than the value of the benefits the regulation provides to the state and its citizens, it’s not worth having. Beyond that, uncovering whether a regulation is worthwhile can be very complicated. “It’s difficult to assess how much regulations are achieving, the goals they’re supposed to be achieving and whether those that are repealed may have been doing something advantageous,” says Broughel. “There’s so little analysis done.”

A 2013 report funded by the Pew Charitable Trusts and the MacArthur Foundation agrees. Many states, the report notes, “face significant challenges both to undertaking cost-benefit studies and to ensuring the appropriate effect on policy and budget choices.”

One of the reasons that regulations have popped up like dandelions is that it’s easy for agencies to implement new ones -- but very few adhere to the commonsense management dictum that calls for following through on actions to see what the outcomes have been. As a result, once a regulation is on the books, it falls into management inertia where implementation is justification to retain it, indefinitely.

Though regulatory review can help address this long-standing phenomenon, the underlying problem remains in many states and localities. “Regulators are tasked with making rules,” says Broughel. “That’s their job. But it’s not their job to eliminate old ones. So they grow and grow.”

Links
This article was originally published on July 18, 2018 by Governing.
Share

Over the course of nearly thirty years, Katherine Barrett and Richard Greene, principals of Barrett and Greene, Inc. have done much-praised analysis, research and writing about state and local governments. Described by Peter Harkness, founder of Governing magazine as “by far the most experienced journalists in the country covering public performance,” they pioneered “grading the cities, counties, and states” in management. Related to that work, they founded the Government Performance Project.
Read more
Learn More
Topics
Government Services / Public Finance 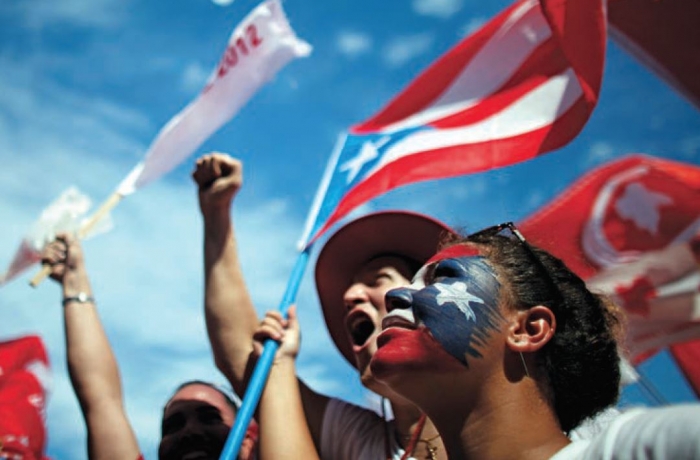 Resolving Puerto Rico’s status is a critical step in allowing the territory to chart a sustainable long-term economic course.