Why the Muni Market Should Embrace Florida's Digital Data Revolution

This article was originally published by The Bond Buyer April 26, 2018.

Accounting ratios play a pivotal role in corporate credit analysis but are less popular in the municipal bond market. One reason for the reduced reliance on ratio analysis in the government sector is the relative lack of availability of standardized data. But a new Florida law enacted in March promises to radically improve the accessibility of municipal fundamental data.

Congress is considering two bills that would trigger a similar transformation nationally. HR 1530, the Financial Transparency Act, sponsored by Darrell Issa, R-Calif., would require the Municipal Securities Rulemaking Board to convert primary and secondary market disclosures into a structured text format like XBRL (although some MSRB staff members take the position that they cannot impose an XBRL filing requirement on local governments because of the Tower Act).

HR 4887, the Grant Reporting Efficiency and Assistance Transparency Act, sponsored by Virginia Foxx, R-N.C., would convert federal single audits to structured text format. Since all governments that receive more than $750,000 in federal funds are required to include audited financial statements as part of their single audit packages, the bill would effectively bring XBRL filings to most of the municipal bond market.

But given Congressional paralysis in recent years, the best way forward for disclosure modernization is at the state level, as the new Florida law suggests. If additional states follow Florida’s lead, a nationwide conversion will be easier to implement because much of the necessary technology work will have been completed.

Nothing so elaborate is available to municipal investors. Indeed, rating agencies and analytics firms often give financial ratios minimal weight – or no weight at all – when assessing general purpose governments. Instead their methodologies emphasize socioeconomic factors.

But in a new Mercatus Center working paper, Marc and his two coauthors – Drs. Evgenia Gorina and Craig Maher – find that financial ratios derived from CAFR data can predict municipal bankruptcies and defaults. The most powerful ratios are general fund balance to general fund expenditures, total liabilities to total revenues, and unrestricted net assets to total expenditures. Further, models combining two or more of these ratios may have greater predictive power than a single ratio, depending on which types of bankruptcies and defaults are included.

Marc and his co-authors arrived at these conclusions after analyzing CAFR and socioeconomic data for 18 local governments that experienced bankruptcies or defaults between 2007 and 2016, along with comparable data for over 2000 entities that avoided fiscal calamities. It would have been prohibitively expensive to gather such a large data set on our own and we were fortunate that Bloomberg shared its Municipal Fundamentals data with us.

Bloomberg has CAFR data for over 13,000 municipal issuers, with many series dating back to 2003. Other commercial providers of CAFR data include Merritt Research and Atlas Investment Research. Their products are available only to subscribers at substantial annual cost. Investors and researchers who cannot afford these services are faced with the choices of locating and diving into voluminous PDFs, relying on Census data which is neither timely nor consistent with CAFR figures or ignoring accounting ratios when conducting their analysis.

The restricted availability of CAFR data stands in sharp contrast to corporate fundamentals, which are freely available on many web sites including Google Finance, Yahoo Finance and Marketwatch. Subscribers can pay for premium data from Bloomberg, Thomson Reuters and others, but all investors can readily access basic data for free.

The availability gap between corporate and municipal fundamental data stems from regulatory differences. Since the 1990s, the SEC has required corporate 10-K filers to upload disclosures in an HTML-like format to the EDGAR system. In 2008, the SEC began phasing in a structured text filing requirement based on eXtensible Business Reporting Language (XBRL).

Municipal disclosure regulation has failed to keep pace with that governing corporate filers. Although the MSRB’s EMMA system and the SEC’s Municipalities Continuing Disclosure Cooperation initiative have made it easier to find CAFRs, the documents are invariably in PDF format which is notoriously challenging for computer algorithms to parse. PDFs are just one or two steps removed from paper filings, and their data cannot be readily ingested into computer databases. As a result, compiling a database of municipal financial indicators is far more costly than producing a corporate indicator data set.

Eighteen years into the 21st Century, the municipal bond market remains encumbered by 20th Century financial reporting processes. By modernizing municipal financial reporting, federal and state governments can increase the availability and use of accounting ratio data. By kicking off the migration to municipal XBRL, Florida is leading the way toward more effective municipal credit analysis. While we wait for federal legislation on this front, we urge interested readers to alert your state lawmaker about the benefits of digitized CAFRs.

Links
This article was originally posted by The Bond Buyer April 26, 2018.
Share 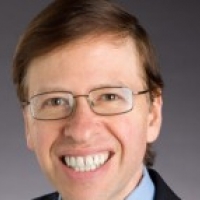 Marc Joffe is a senior policy analyst at Reason Foundation. After a long career in the financial industry - including a Senior Director role at Moody's Analytics - Joffe's research focuses on sovereign and sub-sovereign credit risk and fiscal sustainability. His financial research has been published by the California State Treasurer's Office, UC Berkeley, the Mercatus Center at George Mason University and the Macdonald-Laurier Institute among others.