When the next president moves into 1600 Pennsylvania Avenue, a host of big challenges will be waiting: ensuring good jobs, public safety, quality education, good health care, a clean environment, and a basic infrastructure that supports economic growth and a high quality of life. A quick look at the water crisis in Flint, Michigan, provides just one inescapable signal about how important these challenges are.

At the bottom of all of these issues are three big realities. First, on anything that really matters to Americans, no level of government can escape responsibility. Second, the government has no “infrastructure” of its own to lead, manage, and support the collaboration we need. Third, the new president cannot hope to escape the political realities of failing to act or the administrative necessity of responding well. In the difficult days following Hurricane Katrina’s assault on the Gulf Coast, President George W. Bush learned these lessons all too painfully. His administration never recovered from the sense that government was too slow and too clumsy to respond.

One senior official in the Office of Management and Budget once said, “Everyone says how important collaboration is.” He added, “Critics ask, ‘Why don’t you just do it?’” Several important steps could help the federal government do it—and do it much better. The new president ought to:

These steps would not only signal a fresh approach for the new administration’s collaboration strategy. They would also help sidestep at least some of the problems that inevitably will arise when the weakness of the federal government’s collaboration infrastructure rears its head in an inevitable crisis. 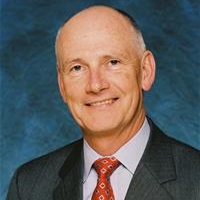 Robert J. O’Neill, Jr., is executive director of ICMA, the International City/County Management Association.  Prior to joining ICMA in November 2002, O’Neill served as president of the National Academy of Public Administration (NAPA) from January 2000 to November 2002. From May through September of 2001, O’Neill was on temporary assignment at the Office of Management and Budget as counselor to the director and deputy director on management issues.

Donald F. Kettl, a leading expert in public policy and management and the former dean of the University of Maryland School of Public Policy, joined the Volcker Alliance as a senior adviser in August 2014.
Read more
Learn More
Topics