TAXES AND ROYALTIES on crude oil production generate as much as 90 percent of Alaska’s unrestricted general fund revenues. The uncertainty of oil prices upon which it depends gives the state one of the nation’s most volatile income streams. During the study period, from fiscal 2015 through 2019, crude prices nearly doubled, to $73 per barrel, before starting a long slide that lasted well into 2020. The wild price swings have made budgeting difficult in Alaska, which has no personal income or sales taxes to offset energy price dips.

The volatility has led Alaska to rely on budget maneuvers to achieve balance when times are tight; its use of those one-time actions has garnered the state a C average in the category. Among tactics used in 2019 were delaying Medicaid reimbursements and disbursements of tax credits for oil and gas exploration.

Its top A average for reserve funds reflects the flush coffers that enabled the state to finance budget maneuvers. Though the combined balance in Alaska’s Statutory Budget Reserve and Constitutional Budget Reserve declined from $10.4 billion in 2015 to $2.3 billion in 2019, the total was still far higher than other states’ reserves, representing 46.8 percent of general fund expenditures. The state also boasts strong policies for governing the disbursement and replenishment of reserve funds, and it considers historical revenue volatility in managing reserves.

Alaska averaged a B in budget forecasting. It does not use the consensus method of revenue estimation, but it has an unusually long financial period—ten years—for expenditure and revenue forecasts. While volatility makes it difficult to produce accurate projections, the long-term outlook provides important information for budgetary options in a volatile revenue environment. Alaska won an A in transparency and was one of only five states to report deferred infrastructure maintenance costs in 2019. 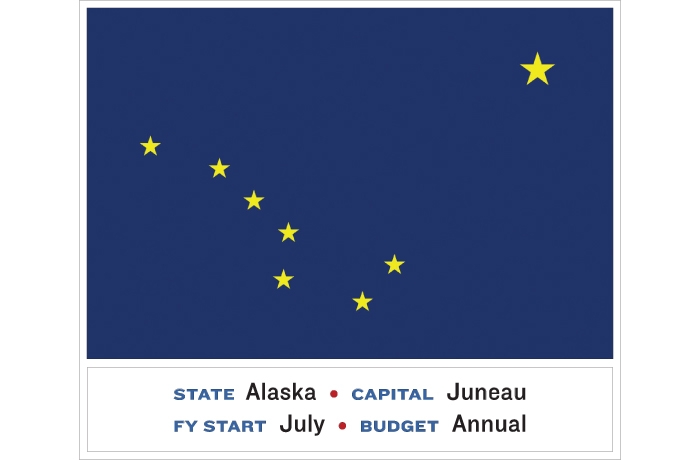